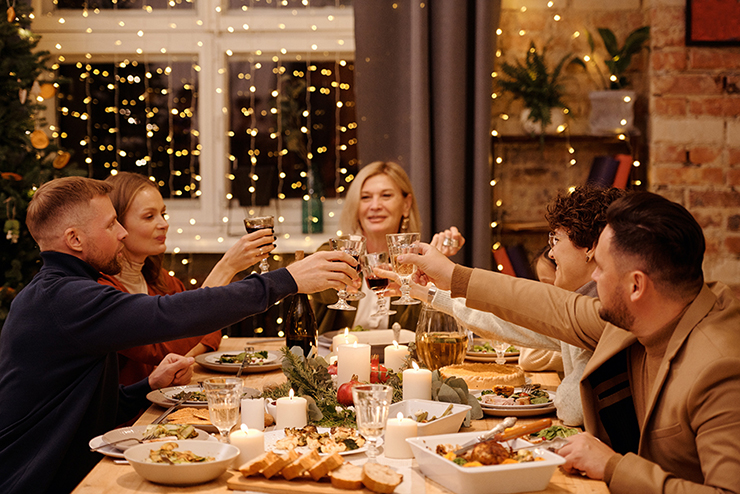 Ah, the holidays. It is a time of reflection and light in the midst of the darkest month.

Unless you find yourself trapped at a table with family members or friends who just can’t stop talking about politics – and that’s in the background extreme level of party polarization.

To keep your holiday tabletop conversations light, interesting, and politically free, we’ve rounded up five fun facts about Minnesota to share with family and friends over dinner.

Have you ever wondered why some lakes in Minnesota put the word “lake” first and others second? For example: Lake Superior; Lake Brownie?

The fact is that unlike, say, France, where “Lac” stood before the name of the lake, in English-speaking North America there is actually no convention.

In the sample of lakes that researchers in Minnesota studied, about 90% are “Name Lake”, with notable exceptions such as Lake Superior. Can you imagine if it was “Supreme Lake”?

2. Sometimes planes collide with animals. Sometimes this is a problem.

Minnesota drivers often have to worry about hitting animals with their cars. Did you know that this is also what pilots worry about when they fly airplanes?

Collisions between a plane and an animal are not uncommon: Federal Aviation Administration database tracking them recorded more than 2,570 “wildlife attacks” at Minnesota airports between 1990 and March of this year.

In general, there is nothing wrong with them. Aircraft shot down many small birds. But sometimes they can be costly (the most expensive on the Minnesota database is the 2012 incident, which cost $5.9 million inflation-adjusted) and dangerous (see both of its engines).

In addition to bird strikes, Minnesota’s database as of early this year included bat (41), deer (26), coyote (8), fox (3) and skunk (2) strikes. There are no reports of moose in Minnesota, although it has occurred in Alaska.

3. The technical definition of “icing” is not very technical.

When Minnesotans talk about “the ice will melt,” they usually mean the date in the year when the ice will melt from the lake, which is an important sign of spring. Some ice records in Minnesota date back to the 1800s.

But how to measure “ice output”?

Sometimes people also measured the ice in ways that most would now consider undesirable.

“In the old days, they ‘dumped the knock’, basically they put the car out on the ice and had a competition when it failed,” Assistant State Climatologist Pete Boulay said. told MinnPost earlier this year.

4. Thin Mints are the most popular Girl Scout cookie in Minnesota, and it’s not even close.

Here’s the Girl Scout cookie strength rating for River Valleys Girl Scouts, a council that serves about half of Minnesota’s counties, several counties in western Wisconsin, and one in Iowa. Thin mints win by a landslide.

In addition, Minnesotans are big buyers of Girl Scout cookies. Our local Girl Scout Council was the first in the country (it is 10th in membership) in sales 2021. I bet you still have mints in your freezer from last year, don’t you?

5. Minnesota is not the coldest state among 48-year-olds.

North Dakota is. We share second place with Maine, at least when you look at the average annual temperature.

The warmest state of the bottom 48 is Florida, where half of the people reading this article are likely to flee after the holidays.

Of course, Alaska is actually the coldest state in the US, but its data doesn’t go that far, making it hard to compare 50 states including apples and apples with that in mind.

While we can’t really claim to be the “coldest state,” we certainly have some of the coldest places in the bottom 48, including International Falls, which fancies itself the “Ice Box of the Nation,” as well as Camp Norris in Lake Woods County, and the Embarrass and areas near Ely.