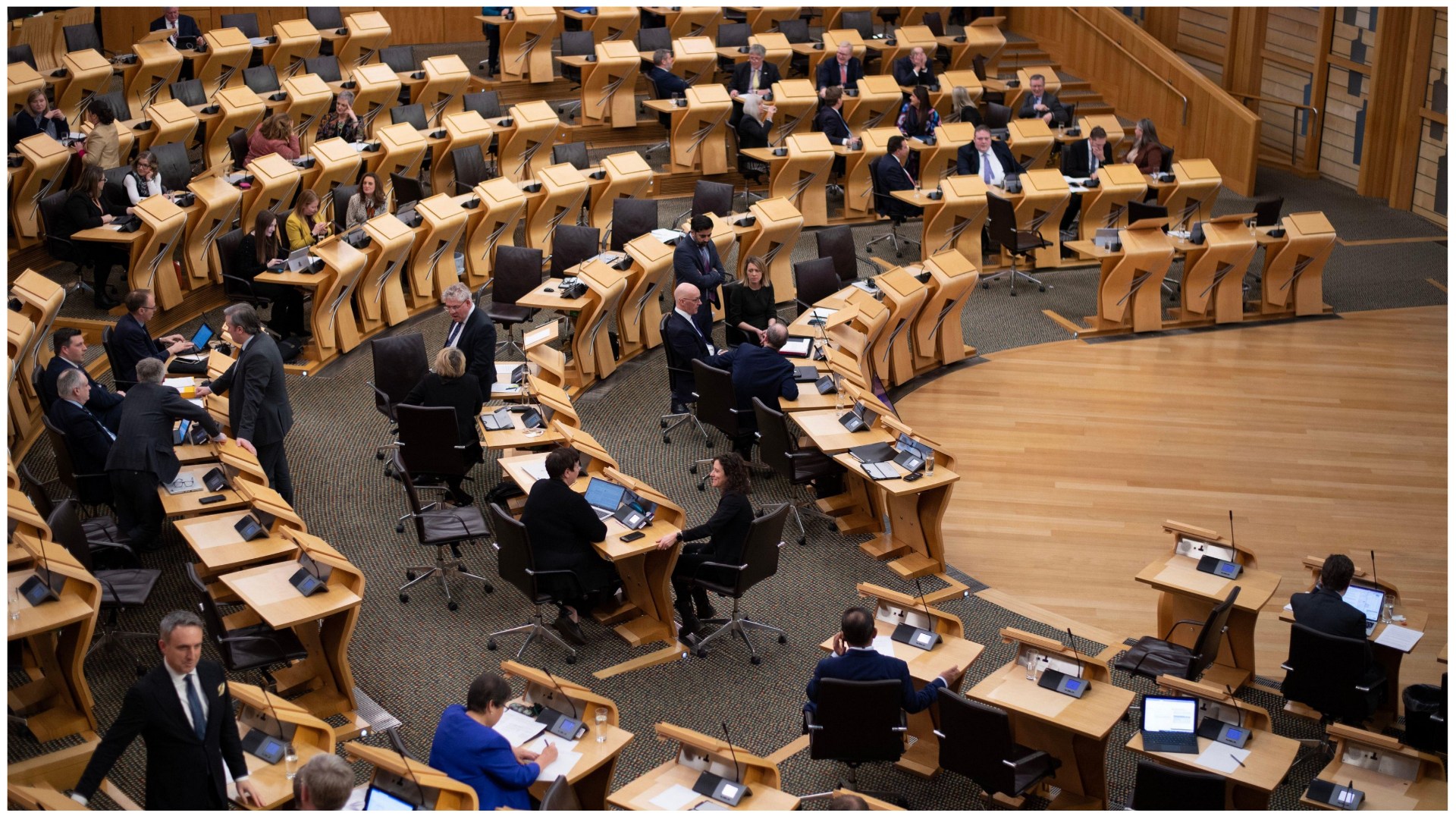 The MSP last night rejected proposed changes to the SNP’s controversial gender bill that would prevent convicted sex offenders from identifying as women.

The Holyrood Public Gallery was cleared by officials after cries of “shame on you” following a vote of 64 to 59.

And later, the second amendment, which would have banned alleged sex offenders from using self-identification pending trial, was also defeated by 62 votes to 61.

It comes amid a marathon of Holyrood meeting that discussed proposed changes to the bill before it passes its final partisan hurdle tonight.

The new law will mean that people will be able to identify themselves as members of the opposite sex without a medical diagnosis, a process that will take six months rather than two years.

The age limit will be reduced from 18 to 16 years.

Proponents argue it will be less intrusive for transgender people, but critics say women and girls could be endangered by predators using the system to gain access to women’s spaces.

Conservative MP Russell Findlay said his amendment, which would bar any registered sex offender from using the law, “places no barriers to genuine transgender people, who are often marginalized and vulnerable.”

He said: “These amendments are entirely for those men who will inevitably seek to exploit the inherent weakness of the proposed new system of gender recognition certificates.

“My amendments are intended to prevent those male criminals who are already lying and cheating from committing serious offenses and women and girls are almost always the victims.”

After the previous proposal was rejected, Mr. Findlay re-submitted the idea with the right of appeal to the Sheriff.

The Tory MSP said it should allay fears raised by Social Justice Minister Shauna Robison that its previous approach may have violated the human rights of criminals.

She added: “There is no evidence that predatory and abusive men have ever had to apply for legal gender recognition in order to follow their behaviour.”

A separate joint proposal by SNP MSP Michelle Thomson and Mr Findley to ensure that no one charged with sex offenses should change sex while awaiting trial was also rejected.

Ms Thomson, a rape survivor, argued that male offenders could use the new law to “require the victim in court to refer to the assailant as ‘she’.”

Previously, a majority of MSPs also rejected a proposal to keep the minimum age for gender reassignment at 18 instead of cutting it to 16 under the new law.

SNP MSP Ash Denham, who stepped down as Secretary of Public Safety in October to protest the self-identification plan, read a letter from a mother who said her 15-year-old autistic daughter “self-diagnosed” gender dysphoria after being “influenced by social media and current social norms” in adolescent “time of change”.