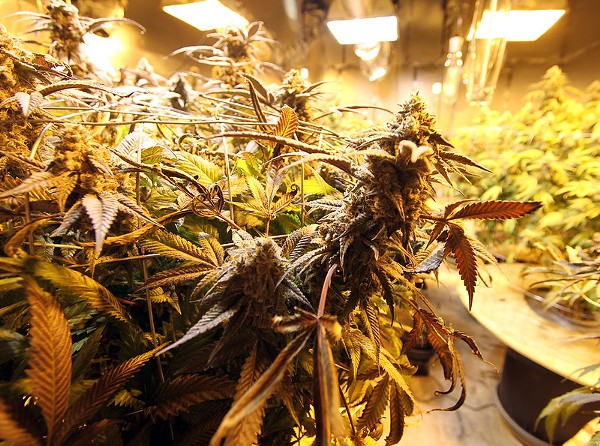 The City of St. Louis and at least five municipalities in St. Louis County are considering introducing additional taxes on recreational marijuana sales.

The Missouri constitutional amendment regarding recreational marijuana allows municipalities to levy a 3 percent retail tax on the purchase of recreational marijuana in addition to the state’s 6 percent tax. So far, all Missouri cities that offer such a tax are leaning toward a 3 percent maximum. Voters will give final approval to any city proposal in the April 4 general municipal election.

In the City of St. Louis, a board of directors bill sponsored by St. Louis Alderman Brandon Bosley calls for tax revenue to be channeled to address “historical disparities.” According to the text of the bill, this may or may not include funding access to education, employment opportunities, and youth engagement.

In a phone call on Friday, Bosley tells RFT the tax can also help fund curfew centers. He recently introduced a bill to impose a curfew on urban youth. In addition, he says the tax could partly help fund reparations. However, what exactly the marijuana tax will ultimately be used for is still up in the air.

“There are a lot of ideas that get thrown out,” says Bosley.

In any case, the income from the tax will go to the general fund of the city. Bosley said the tax could bring in about $300,000 a year, and he bases that estimate on current marijuana sales in St. Louis.

Other cities considering introducing a tax on recreational marijuana include University City, O’Fallon, Chesterfield, Olivett and Maryland Heights. Most city councils will hold the first readings of the tax bills in session this week.

Plans for many cities, including Chesterfield and Maryland Heights, are still up in the air. RFT this law is still being developed.

Whether or not municipalities implement a surcharge on marijuana, marijuana will still be taxed less for medical users. Medicinal marijuana retained its 4 percent tax after Missouri voters phased out recreational marijuana.