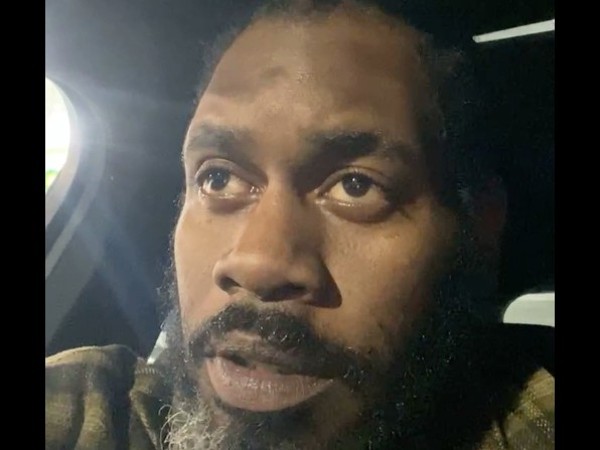 Ward 3 Alderman Brandon Bosley posted a nine-minute video on Facebook last night that began with what he said was the immediate aftermath of a woman’s attempt to rob him, and continues to show Bosley chastising the alleged burglar after she was knocked to the ground by another potential victim.

“So sometimes it’s a problem with the city of St. Louis,” says Bosley. He goes on to say that someone just tried to rob him on Madison Street in the Old North area while he was in the car. He says he just called the police.

He goes on to say that he is making a video to show that even though he is an elected official, he faces the same crime-related problems as everyone else.

“This man is sitting in the middle of an intersection on Madison trying to get people to stop right now so she can rob them,” he says.

Bosley accused the woman, who was walking in temperatures well below freezing, of calling him for help before the attempted robbery. Bosley says that when he stopped, the woman demanded his keys and put her hands in her pockets, as if she was pointing a gun at him.

The alleged robbery attempt occurred before Bosley began filming. But about a minute into the video, a car with only one headlight comes into view, and Bosley says the woman tried to rob the driver as well.

Here’s a video. The heart is torn all around. We live in a desperate place. https://t.co/zFflaChJVB

That car is leaving. The alderman then leans forward, noting that he now has a gun. He finds a woman lying in the snow, apparently hit by a car with one headlight.

Bosley offers to help the woman, but fears she may be armed. He asks several times if the woman has a gun.

“If you pull it out, I’ll blow your fucking head off,” he says.

“If you need help, dear, I will come out and help you, but you can’t try to rob us anymore,” he continues. Whatever the woman is saying can’t be heard on the video as the wind blows around her and Bosley.

Bosley then gets out of the car and tries to help the woman to her feet, but she pushes him away. He retreats to his car and then briefly displays his own gun, pointing it at the woman.

Near the end of the video, Bosley encounters officers from the St. Louis Metropolitan Police talking to a woman at a nearby gas station. “I don’t have a weapon with me,” he says as he gets out of the car. He then shakes hands with the officer, introduces himself as an alderman, and talks about the attempted robbery.

We have contacted the SLMPD and Alderman Bosley regarding the incident. We’ll update the story if we get a response.