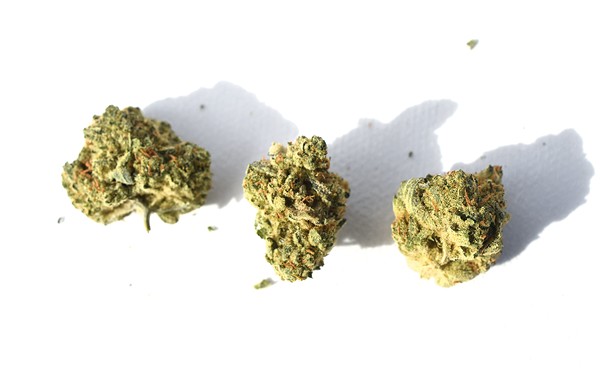 It looks, of course, good, but there is no taste.

A long time ago I had a friend who started growing hemp.

They went all-in on space, equipment and genetics. After visiting throughout the growing cycle it was very interesting to see and smell some of the fantastic plants. I thought we’d be on easy street as soon as it was harvest time. But after the plants were cut down and dried, the weed wasn’t loud at all. It was quieter here than in the library.

All the smells I experienced when I helped cut my hair were nowhere to be found. It smoked like a Marlboro Ultra Light. All the wind in my friend’s sails was gone. It was like painting a masterpiece, only to have the paint fade while it dries. Experiencing this grief in the past does not prevent grief in the future. But to feel this delicious smoke again, you still need to try.

One variety that has caught my attention in the weed community lately was Rainbow Belts. A cross between Moonbow and Zkittlez, originally bred by Archive Seed Bank, Rainbow Belts appears to have been a low-key favorite among cannabis connoisseurs as it was created for its “Z terp” qualities. It looked like a throw for the terps that I’m here for every day.

I got an eighth of Sinse’s Rainbow Belts from Ellisville Swayde. This is the furthest west I’ve been to get to the dispensary since most of them are in the inner belt. On the way, I passed a few police cars – Ellisville is not playing. After being escorted to the patient room after check-in, I was informed of some of the options, but I knew what I came to the county for. I paid $30.20 after tax for the eighth due to sale and the flower is tested at 25.79 percent THC.

When I ripped open the mylar bag, I got three large pieces of straps, a few stems, and no smell coming out of the bag. Floral and orange hairs hugged the stems tightly. My initial thought was that it seemed very disappointing, and after smoking the first joint, it turned out that the first impression was an accurate estimate. I had a mild head height and an average body height, but there were no bright terpenes on my tongue when I inhaled.

The second smoke was as memorable as the first session. The effect was similar to the first experience; and again there were no terpenes anywhere. I usually love being paid to smoke and write about weed, but I didn’t have any motivation to continue smoking that stuff after my second joint. As Cypress Hill once said, “It’s a fun job, but it’s still a job.”

I tried to make rainbow belts more attractive. I tried to revive the nags in a jar with a small hydration bag. I used some great paper for curling (Team Element, baby) and I even picked up a new popular curling accessory: the Rip Tip. I did my best to make this weed taste good, walking towards Sins like I was taking acid at a Phish concert.

I rolled all the remaining rainbow sashes into a large joint and prepared to light it like a Viking funeral pyre. When I reluctantly smoked a tasteless joint after a great dinner with friends, I wished to the weed deities that the next batch would be better and of higher quality. So please turn up the volume on Rainbow Belts to make it loud. Missouri’s medical patients and future recreational market deserve better.