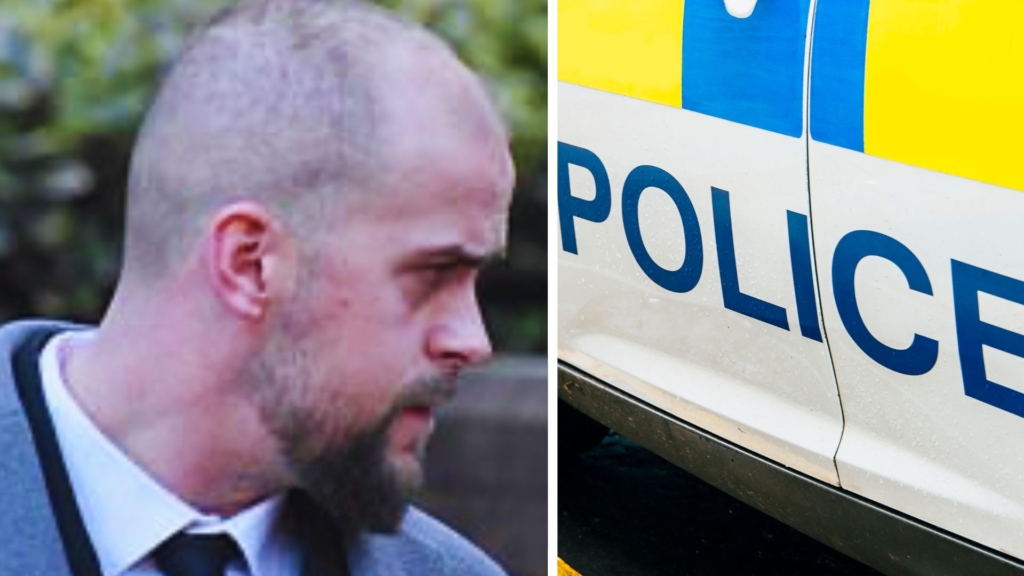 A police dispatch officer who shared an image of a decapitated teenager’s head with his partner and friends on WhatsApp has been jailed for more than two years.

Joshua Tilt was working as a British Transport Police contact when images of 18-year-old RAF cadet Lewis Williams were mistakenly sent to his work computer.

Mr Williams was battling mental health issues and took his own life by stepping on the railroad tracks in Slough on June 21, Birmingham Crown Court heard.

Prosecutor Ben Close said: “These candid images show severed body parts and, most importantly, an image of the decapitated head of Mr Williams.

Tilt, 31, took a picture of Lewis’s head from his computer and showed it to a colleague in the control room, who was horrified and asked why he was doing it, to which he replied, “Things like that don’t really bother me. ”

Mr. Close said Tilt also shared the photo with his partner and justified his behavior, saying she complained that he never sent her “anything juicy from work.”

Two and a half hours before Lewis’s parents learned of their son’s death, Tilt also sent an image of Lewis’ decapitated head to a 12-member WhatsApp group called Merks Wolverhampton.

Mr Close said: “When he sent the image to the WhatsApp group, he did not say that it was private or that they should keep it to themselves and not share it with anyone.

“The members of the group did not seem to share it with anyone else. Three deputies did not know about it. One member said he thought the image was fake.”

During police questioning, he said it was “stupid” of him to send an image to his partner and called his actions “a moment of madness”.

He added: “I acted out of order, there was no real purpose. I put my hands up, I shouldn’t have done this.”

Michael Duck defended himself by saying, “During the course of the interview, Mr. Tilt answered questions, and Your Honor must have noticed his frankness.

“He not only admitted to what he had done and expressed regret, but also stated that he had spread the image outside of his closest partner.

“The distribution of the material was intended for a limited audience.”

Tilt, of Bartley Green, Birmingham, pleaded guilty to one count of public misconduct last month and was immediately sentenced to two years and two months on Wednesday at Birmingham Crown Court.

Judge Dean Kershaw told him: “I think what you did, even if it happened on the same day, is truly disgusting.

“You were in a trusted position, somehow you worked in the police. You weren’t supposed to take a photo at all, let alone forward it to anyone.

“Probably out of some strange sense of curiosity, you opened it, but did not look for it.

“But it was not the only image. You’ve gone through all the images and decided to photograph what I can only assume is the most horrific.

“It goes without saying that your actions have had a major impact on this family. He has demonstrated behavior that is inconsistent with what is expected of the police service.”

Reading a prepared statement in court, Lewis’s father, Paul Williams, said: “The reason I’m here today is not because of the tragic death of my son, but because of what happened after.

“Lewis suffered from an emotionally unstable personality disorder. He lost that fight and died under a train.

“What followed made it unbearable. The last picture I have of my son was broken.

“It has been replaced by the image of his severed head. I will have to live with this for the rest of my life. “Lewis was popular, funny and we were a close family and he shared his heart with us. He always put people’s problems before his own.”