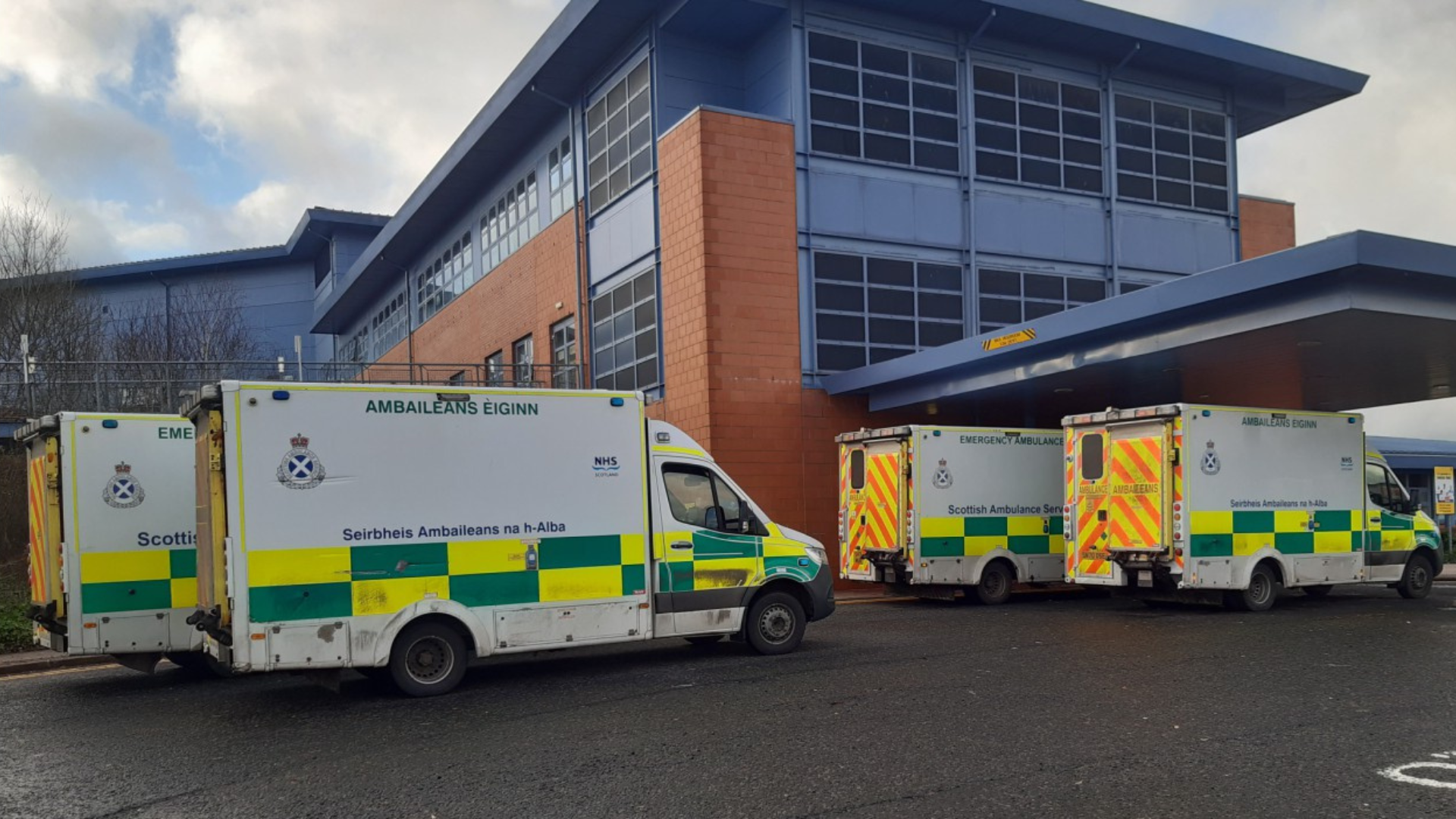 PARTICULAR families of ER patients who have to wait until 10 p.m. for an ER are bombarding Humza Yousaf with pleas for help on Twitter.

Direct appeals to the Minister of Health come from the fact that the heads of hospitals urge people to provide assistance to victims only in extreme situations.

The family of the 85-year-old grandmother faced an incident yesterday after she broke her hip and had to wait 19 hours for emergency care as more calls came in for Health Minister Humze Yousaf to be fired.

Elizabeth Swindle endured excruciating pain for almost a day, clinging to an ambulance after falling in her apartment.

The injured grandmother pulled the emergency cord in her sheltered living quarters to alert 999 crews and her family around 11:30 p.m. Sunday.

But the ambulance didn’t arrive at Partick in Glasgow until 2pm on Monday. 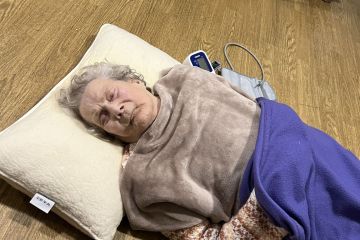 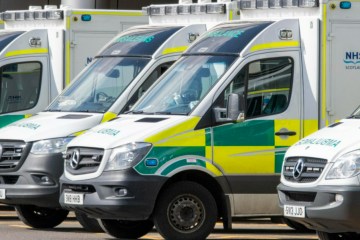 It then took an hour for Elizabeth to be checked and placed in a car before she waited another three hours outside the Queen Elizabeth City Hospital in a line of ambulances.

She was eventually examined by a doctor at 6:30 pm that night, who confirmed that she had broken her hip.

Elizabeth’s 58-year-old son John stayed with his mother overnight after the fall to ease her suffering.

But when emergency services didn’t arrive by morning, the family called again at 10 am, but the handlers said OAP was not a priority.

Granddaughter Emma Swindle, 31, who raised the issue with Nicola Sturgeon, told The Scottish Sun: “My dad sat with my grandma from midnight until she was picked up by an ambulance at 2pm.

“We were worried that we were forgotten.

“We couldn’t just put her in a taxi given the pain she was in.

“We don’t blame the ambulance staff, doctors and nurses – they all handled my grandmother brilliantly.

“They were also outraged when they arrived and saw how upset and suffering she was.

“They kept apologizing even though it wasn’t their fault.”

Emma, ​​who works in the auto trade, wrote to Humza Yusuf and the First Minister about the delay.

She added: “The waiting times are terrible. I understand that there are priorities, but that an 85-year-old woman with a broken hip has been in pain for so long is shocking.”

Elizabeth’s test comes as Scotland’s emergency and emergency departments posted their second-worst performance on record last week – the four-hour wait target was missed almost 10,000 times. The grim numbers were confirmed amid reports of dire expectations of hospitalization or an ambulance.

In the week leading up to Dec. 11, just 62.4% of people who went to emergency rooms—less than two-thirds—were seen and admitted to hospital, transferred, or discharged within four hours.

Just under 26,000 people visited emergency rooms last week — down from a record high of 29,677 in 2019 — but hospitals are partially overwhelmed by delays in the discharge of patients caused by a lack of social assistance. Across Scotland, only 62.4% of patients were seen within four hours in 29 emergency departments.

But that figure has dropped to a shocking 38.4% at the Royal Fort Valley Hospital in Stirlingshire and 45.4% at the Edinburgh Royal Hospital.

Scottish Labor health spokeswoman Jackie Bailey said: “The SNP has pledged to deal with this crisis before we face the worst winter pressures.

“Instead, we are facing Christmas chaos in our emergency room despite the relentless efforts of the staff.

“The SNP has had months to deal with this crisis and they have not made any progress. They are not fit to run our National Health Service. Humza Yousaf failed as Minister of Health. What Scotland needs for Christmas is a new health minister.”

“His tenure as Secretary of Health has been nothing short of a disaster and Nicola Sturgeon should fire him immediately.”

But blaming a quadruple of pressure, Mr Yousaf hit back: “The pandemic’s lagging behind, inflationary costs and Brexit affecting staff shortages have made this the toughest winter the NHS has faced.

“In addition, we are seeing an increase in the incidence of influenza, Covid and Strep A, as well as other winter viruses, which is putting significant pressure on already busy services.

“We are doing everything we can to keep services alive during this period of extreme pressure.”

Yesterday we covered how emergency rooms are facing continued pressure following a weekend of chaos not included in this week’s stats, with patients having to wait for hours for an ambulance and long delays in hospital treatment. The Scottish Sun reported that some 240 patients at three NHS hospitals in Lanarkshire have been waiting for more than 14 hours.

Some had to wait over seven hours before being moved from the ambulance to the emergency room, while others were treated in the 999 car.

It is understood that the entire fleet of ambulances for the health council was left in line outside one of the three hospitals, unable to drop off patients or answer 999 calls.

About 14 crews were also queuing outside the Lanarkshire hospital waiting to be unloaded into the emergency room this weekend. It is also known that the wait for a hospital bed last night was 30 hours, and on weekends it increased to 50 hours.

And we told how a Glasgow GP discovered an ambulance was delayed when an 89-year-old woman lay on the floor in agony for more than 21 hours after a suspected stroke.

Dr Abha Paulina from Glasgow said a patient he visited during a home visit was crying all night in pain due to a possible pelvic fracture.

In an update, a general practitioner confirmed that the pensioner spent four hours outside the city’s Royal Hospital, waiting in an ambulance to be examined by ambulance personnel. Ten hours after arriving, she was still on a cart in the hospital corridor at 1:30 a.m. yesterday. 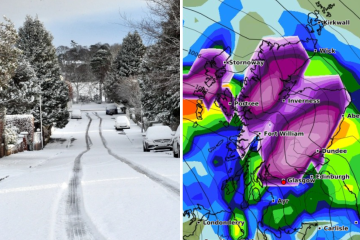 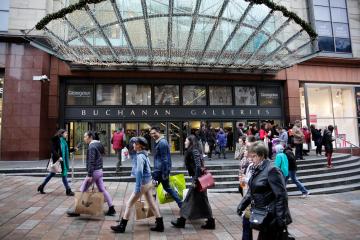 The Scottish Ambulance Service said: “Hospital timelines continue to be a significant challenge and limit our ability to bring teams back to care for patients.

“We continue to work with our Health Council colleagues to reduce ambulance waiting times and expand alternative pathways of care for EMTs to support patients in the community.”