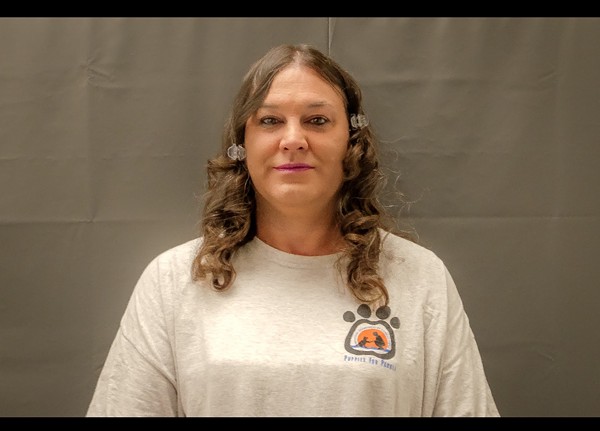 This story was commissioned River City Journalism Foundation as part of the series Shadow of Death, which examines the use of the death penalty in St. Louis County.

Tonight, the first execution of an openly transgender woman in U.S. history took place at the Bonn-Terre, Missouri prison.

Amber McLaughlin, 49, was executed for the murder of Beverly Gunther. McLaughlin, then known as Scott, raped and stabbed Gunther, 45, twenty years ago in Earth City, Missouri, before dumping her body in the city of St. Louis.

The last moments of McLaughlin’s life were spent in a small white room at the state’s East Reception and Diagnostic Center. She was accompanied by spiritual director Lauren Bennett, who sat next to her as she was administered a five milligram dose of pentobarbital at 6:39 pm. be visible under the white linen under which she lay.

Bennet appeared to speak and sing to McLaughlin after the injection. McLaughlin sighed several times before succumbing to drugs. The official time of death is 18:51.

McLaughlin’s final written statement was: “I’m sorry for what I did. I am a loving and caring person.” This morning, McLaughlin was served the last meal of a cheeseburger, French fries, strawberry milkshake, and peanut M&Ms.

The execution represents the first execution of a woman in Missouri since 1953, when the federal government executed Bonnie Brown Headey for kidnapping and murdering a child. Beverly Gunther, pictured in this photo provided by her brother, was killed in 2003.

McLaughlin’s victim’s younger brother, 58-year-old Al Vedepoel, witnessed the execution. He remembers Gunther as “the best sister anyone could ask for,” the woman whose life was taken from her as she reinvented herself after her marriage fell apart.

“Following her depression after her divorce, she finally started to come to her senses,” says Wedepoel. Günther did not work when she was married and the house she lived in was not hers, but Wedepoel recalls how his sister began to lead an independent life after her divorce. She bought a car. She bought a house.

“She really changed her life,” says Wedepoel. “It took a few years, but she finally got back together.”

Then she met McLaughlin.

“The worst mistake she ever made,” Wedepoel says.

Wedepohl met McLaughlin in 2003 and described his sister’s killer as manipulative, controlling and “very abusive, physically and mentally”.

Wedepohl recalls a meeting Gunther arranged so her brother and sister-in-law could meet McLaughlin, but at the meeting, McLaughlin walked right past Wedepoel and his wife without saying a word.

The relationship between Gunther and McLaughlin degenerated into violence. When Gunther tried to end it, McLaughlin stalked and stalked her, robbing her house in October 2003.

“[McLaughlin] there was this thing that was like a fatal attraction. Either you will be with me, or not,” says Vedepol. “It was even more confusing because he was living with someone else.”

A few months before her murder, Gunther filed a restraining order against McLaughlin and, according to the materials of the courtstated in her victim impact statement that McLaughlin “threatened her and her friends” and “showed up to her work and watched ‘everything’ she did.” 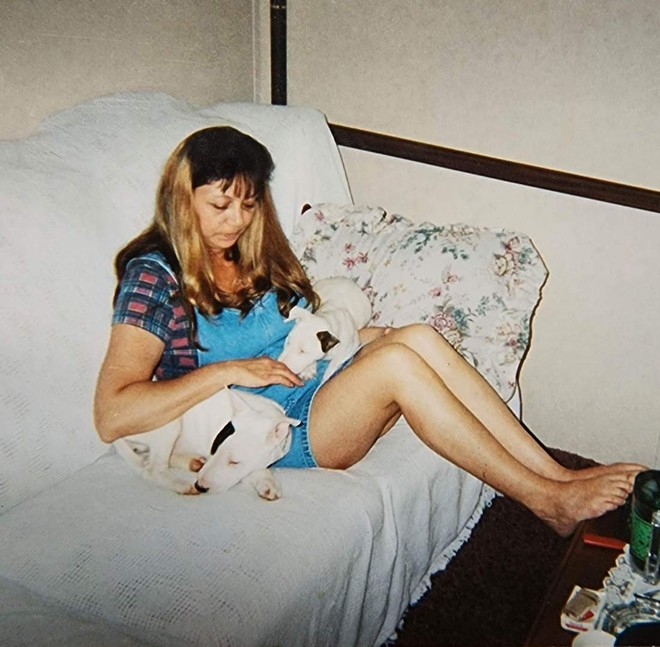 On November 20, 2003, McLaughlin kidnapped Gunther outside the office where she worked. McLaughlin raped and stabbed her before leaving her lifeless body in the Patch neighborhood of south St. Louis, near the banks of the Mississippi River.

McLaughlin was scheduled to appear in court the following day on stalking charges.

After a four-day trial in 2006, the jury in the case was unanimous that McLaughlin killed Gunther, but they could not agree on whether the punishment should be life imprisonment or death. Because the jury was deadlocked, the decision was left to St. Louis County District Judge Stephen Goldman. He ruled that McLaughlin deserved to die.

The court transcripts show that Goldman believed that the “perverse mind” with which McLaughlin killed Gunther ultimately justified the death.

“I think Beverly Gunther lived a painful life at the end, and she died a painful death, and that was in your hands,” Goldman said, referring to McLaughlin. “You justified her worst fears when you killed her.”

More than a decade later, McLaughlin was incarcerated at the Potosi Correctional Center in 2018, when another inmate, Jessica Hicklin, won a historic lawsuit to give Missouri transgender inmates access to gender-affirming care.

Hicklin previously told Riverfront Times that her success in the courts has made her a mentor to other transgender inmates. One day, Hicklin was first introduced to McLaughlin as Amber.

Now that makes sense, Hicklin thought. “I’ve known you for a long time, you weren’t always comfortable in your skin, and now you’re smiling.”

In December, McLaughlin said she started wearing women’s clothing at around age 12, although she had to do so away from her parents and caregivers.

“I knew then that this is what I want to be,” she said. “But I always had to do it in secret.”

McLaughlin’s victim’s brother, Wedepoel, says he is concerned about the recent attention to McLaughlin’s identity as a transgender woman. He feels like his sister has completely lost her head due to the onslaught of news about the McLaughlin case last month.

He says he doesn’t want to belittle anyone, but considers McLaughlin’s transfer a “gimmick”. He adds: “It appears that the attempt to avoid the death penalty was deliberate.”

McLaughlin’s lawyers and other supporters lobbied to the end to keep her alive. They say her gender identity should have nothing to do with her case.

Hicklin, who was released from prison earlier this year, has been outspoken in her support for saving McLaughlin’s life. She emphasized in interview with St. Louis Public Radio that people have suffered at the hands of McLaughlin, and the call to spare her life cannot diminish this. However, she added, “After all, no matter what mistake Amber made, she doesn’t justify taking her life… We can’t set an example for punitive killings.”

McLaughlin’s lawyers hoped that her death sentence could be overturned, as it was Judge Goldman who handed down the death sentence, not the jury.

“McLaughlin’s jury did not recommend the death penalty – it was handed down by the trial judge,” McLaughlin’s lawyers wrote in pardon application Governor Mike Parson. They wrote that it was only in Missouri and Indiana that a trial judge was allowed to pass a death sentence after a jury had deadlocked.

In 2016, a judge overturned McLaughlin’s death sentence, changing it to life imprisonment. However, in 2021, a three-judge panel of the United States Court of Appeals overturned that decision and reinstated the death penalty. On September 19, the Missouri Supreme Court issued an execution warrant in the name of Scott McLaughlin. 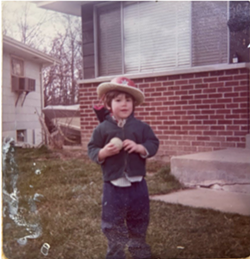 McLaughlin (pictured in an undated childhood photo) was raised by foster parents who were physically and emotionally abused.

McLaughlin’s supporters have pointed to the prolonged and egregious abuse that McLaughlin was subjected to as a child. McLaughlin was placed in foster care as a child after being exposed to alcohol in utero and being abused as a child. According to her lawyers, after being in foster care, McLaughlin ended up in a “house of horrors” where her adoptive father, a police officer, tasered her and used his baton on her. He also regularly locked the refrigerator and cupboards in the house to prevent food from being given to the children in his care.

Teachers reported numerous complaints of mistreatment and neglect of McLaughlin. The children’s IQ test showed that she was at the “borderline or very low level.”

In a pardon application, McLaughlin’s lawyers wrote that she “never had a chance. She failed at the institutions, individuals and interventions that were supposed to protect her, and her abusers prevented the care she so desperately needed.”

Among those who lobbied for McLaughlin’s life were U.S. Representatives Cory Bush (D-St. Louis) and Emanuel Cleaver (D-Kansas City). In a letter to Parson, they wrote, “Each of us is more than the worst thing we’ve ever done.”

In a letter to the governor, a group of clergy called Gunther’s murder a “tragic loss of life,” writing, “We firmly believe… society can adequately protect human life without the death penalty.”

Any hope of a pardon was dashed around 10 a.m. this morning when the governor’s office released a statement saying McLaughlin’s execution would take place. Like the Supreme Court, Parson used the name “Scott McLaughlin” when issuing the order. McLaughlin also signed her final written statement on that behalf.

“McLaughlin’s conviction and sentence stand,” Parson said in part in a statement. “Miss Gunther’s family and loved ones deserve peace.”

In addition to government and media witnesses, the execution was witnessed by two people representing Gunther and two there at McLaughlin’s request. None of the witnesses dared to speak to the press.

To learn more about the River City Journalism Foundation, which provided funding for this project and is committed to supporting local journalism in St. Louis, see rcjf.org.