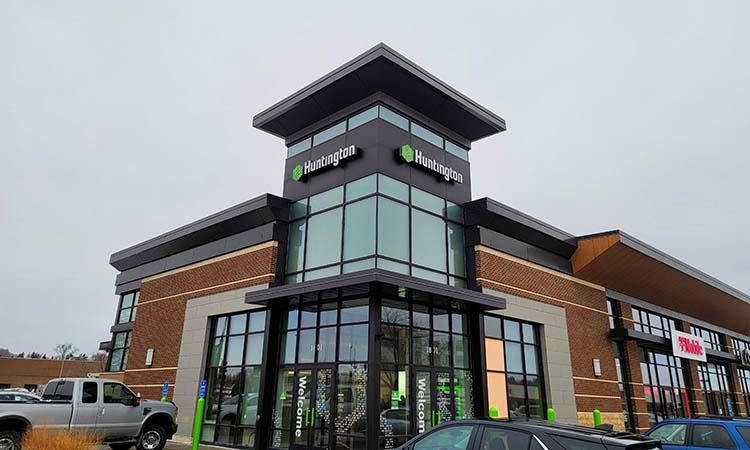 Inertia is the bane of Darrell Herman’s work and civilian life.

President of the Minnesota Region of the Huntington National Bank arrived in the Twin Cities in November 2020 and quickly made an impact on banking, the business community and the fight for racial justice.

On January 1, he becomes the new chairman Minneapolis Regional Chamber. “You can sit on the sidelines, or you can join the game,” Herman told Twin Cities Business. “I decided to jump into the game and make the most of my voice, my experience from other cities, and come up with some thought-provoking, challenging ideas to give a fresh perspective on what we can do here.”

Herman is among the few blacks in key financial services positions in the Twin Cities. He began his banking career in 1988 with a bachelor’s degree in accounting. “I chose banking because I was good with numbers,” Herman said. “My father faced discrimination when he bought our first home in Philadelphia’s redline area. I think things have a way of playing out. I think my destiny was to work in the banking industry to bring about change.”

Herman was working in Washington, D.C. in an executive role at Wells Fargo when he was hired as regional president of TCF Bank in late 2020. Just weeks after he arrived in the Twin Cities to take on this role, Huntington and TCF announce merger. “It was quite unexpected,” Herman said. He quickly moved into his new role with Huntington as part of a merger deal that was finalized in June 2021.

In the interview, Herman answered questions about how he strengthens Huntington’s position in the Twin Cities market, how he forges business and non-profit alliances based on racial justice, and how BIPOC businesses can form and grow in the Minnesota economy.

A year ago, Germany convened the Diversity, Equity and Inclusion (DEI) Summit to bring corporate and community leaders together to discuss why racial differences persist in Minnesota.

“When I came here, I was told a few things in the community about a number of organizations that came forward and made important promises to the BIPOC community, especially the African American community,” he said. “But these promises have not been realized in these areas.”

After the DEI summit in Huntington, it became clear that more people and organizations needed to move beyond the discussion stage, he said. “We need to go into execution mode,” Herman said.

He is excited about the major initiatives and coalitions for racial equality now under way.

The ambitious strategy was launched in May by the new GroundBreak Coalition, that wants to free up at least $2 billion in flexible dollars over 10 years. to meet the needs of homeownership, rental housing, commercial development and BIPOC entrepreneurship.

Tonya Allen, president of the McKnight Foundation, plays a key leadership role in this initiative. German among GroundBreak»regional championsand Steve Steinur, Chairman, President and CEO of Huntington, is one of the “National Champions”.

Herman is optimistic that real changes in racial equality can happen in the Twin Cities. “What I’ve seen here is that a number of organizations are saying they want to do these things. But if we do it together, we can achieve more synergies,” he said.

“We felt we could make the most of the income gap between black and white households in the Twin Cities area by supporting small businesses,” Huntington spokeswoman Mamie Moore-John said in a written statement. “This year we provided the Minnesota Black Chamber with a significant grant to help launch their five-year 10,000 Black Businesses initiative.”

The program is designed to provide access to capital, business education, and technical support to develop black-owned businesses.

Herman said Huntington is working to provide additional financial support to the 10,000 Black Business Initiative, which is being run in partnership with the Minneapolis-based Metropolitan Economic Development Association.

“MEDA will make it easier for the back office because they have a strong ecosystem compared to enterprise verification,” Herman said.

Based in Columbus, Ohio, Huntington operates 79 bank branches in Minnesota and employs approximately 1,350 employees. Most branches are located in the Twin Cities metro area, with some located in the regional centers of St. Cloud, Mankato, and Duluth.

When Herman was hired by TCF to work in the Twin Cities, he was tasked with developing services and expanding the midsize business customer base. After the Huntington merger was announced, he was also tasked with hiring people who could expand or introduce other banking segments, including wealth management and banking.

By adding services and expertise, Huntington aimed to become a full-service commercial bank in the Twin Cities that “can compete with banks like US Bank and Wells Fargo”, he said.

When hiring banking talent, Herman says he needed employees who understood “what customers demand – a bank that is innovative, thought provoking, truly relationship oriented and conversational.”

Despite inflation hurting customers and worries about a possible recession in 2023, Herman said Huntington’s business is doing well. “Consumer lending will certainly take a little pause due to higher interest rates, especially on mortgages,” he said.

Huntington released quarterly financial results on October 21st. The company’s net income for the third quarter of 2022 was $594 million, up $217 million from the previous quarter. At the time, CEO Steinur emphasized: “robust lending growth, higher deposit balances and expanded fee and commission income“.

In addition to senior positions in banking, Herman served in the military and recently retired as a colonel in the US Army Reserve.

He now brings that experience to bear in his positions at Huntington and the Minneapolis Regional Chamber. In addition to working on coalitions for racial equality, he also serves on the boards of the YMCA of the North and the Guthrie Theatre.

“Throughout my military career and my entire professional career, Huntington was the first place where I felt that every day I can give myself completely to work, because they allow me to have a voice to speak my truth,” Herman said. “Others see it, and I think it resonates with a lot of our colleagues.”

This level of comfort helps Germany focus on the bank’s and Chamber’s goals for 2023.

“It is clear to me and our leadership team that we have gathered around the table that we want to be the bank of choice not only for businesses but also for consumers,” Herman said. “We want to be a community-focused organization that addresses the issues that matter most, but more importantly, makes an impact on a better quality of life for those who are underserved.”

In short, he wants people and businesses in Minnesota to see Huntington as “the brand that matters.”

In the House, he suggests that he “will speak for others who may not be at the negotiating table.”

Assessing the chamber’s role in the wider Twin Cities region, he says he wants to “ensure that we are agents of change in all areas and are the thought leader in this region on how we can influence change on the business and community side.” “.