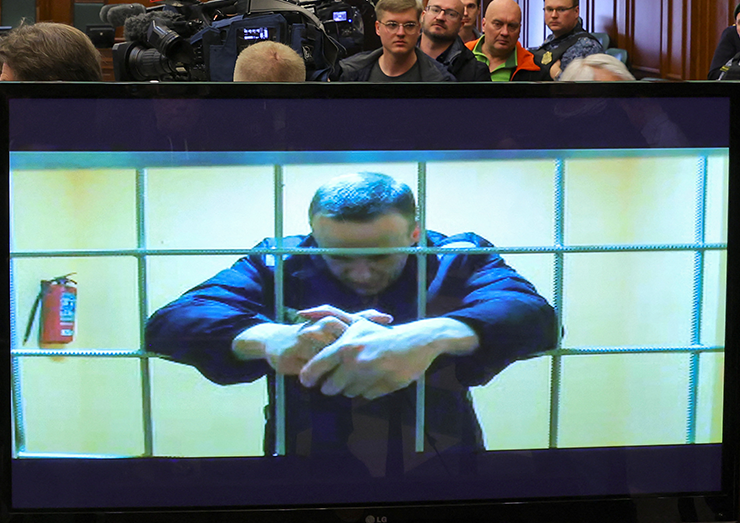 I have lived my entire life with the blessings of American citizenship, but my ancestors grew up under Russian tsars before emigrating. Whatever your background, every American should be in awe of the freedom we enjoy here, even though we don’t necessarily take the time to reflect on those freedoms every day.

Perhaps you will today if you read the article at the link below, written by Stanford University student Dasha Navalnaya, who happens to be the daughter of Russian resistance leader Alexei Navalny.

Dasha is finishing her studies at Stanford, where she is relatively safe and comfortable compared to her beloved father. He not only rots in a Russian prison cell, but is also subjected to various forms of deprivation and torture designed to break his spirit or at least serve as a warning to other Russians who might support his resistance movement against Vladimir Putin’s tyranny.

In this heartbreaking, courageous letter of solidarity with her father, Navalnaya wrote:

“We all know that a prison is not where you want to be anywhere in the world, but the conditions of the Russian penitentiary system are much worse than in the US or Europe. Nothing cripples even healthy people like a Russian prison.

“My father survived chemical weapons poisoning, which had dire consequences; he spent over two weeks in a coma and over a month in intensive care. The recovery took months. Shortly after his imprisonment, he began to experience back pain and a gradual loss of control of his legs. He had to endure 24 days hunger strike just to get access to medical care.

“Having barely survived the hunger strike did not break his spirit – nothing will ever break. But the conditions of solitary confinement he is now subjected to are clearly designed to break him down mentally and physically kill him. My dad’s “residence” has been a 7′ x 8′ solitary cell for more than two months now, which is more like a concrete cage for a 6’3″ man. He sits on a low iron stool all day (which exacerbates his back pain), and the mug is the only thing he is allowed to leave. Even his bed is bolted to the wall from 6 am to 10 pm.

“On Thursday, November 17, dad was transferred to a strict regime in isolation. The rest of the prisoners live in barracks, from which they can freely leave, but he will be forever locked in solitary confinement. He wrote: “This is an ordinary cramped cell, like a punishment cell, only you can have not one but two books with you and use the prison kiosk, albeit with a very limited budget.” These new conditions will also deprive him of the opportunity to visit relatives – all of which are completely prohibited. Being able to have a second book is definitely a bonus for a very fast reader like my father.”

Presumably it won’t be published in Russia, but you can celebrate your release by reading this heartbreaking filial tribute and Cry from the heart in full. He ran in Time magazinebut if you are not a subscriber you can access it via great reader-supported news here.