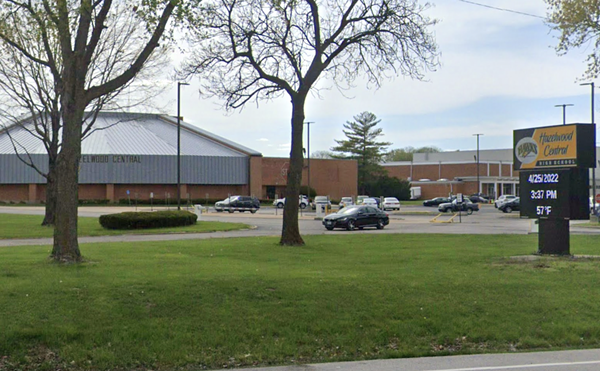 After reports came in that Jana’s elementary school soil was being used to level a football field at Hazelwood Central, which could have caused radioactive contamination, Hazelwood is not advocating that all properties be tested.

Life in the Hazelwood School District has just become potentially more challenging for nearly 17,000 students and their families.

That’s because in a memo released Monday, the county’s assistant superintendent of finance recommends that the Hazelwood Board of Education ask the US Army Corps of Engineers to test all county facilities for radioactive contamination.

No strategy is being developed for what the district should do if radioactive contaminants are found in district buildings and other facilities such as playgrounds, playgrounds, and parking lots.

Yana’s elementary school closed almost two months ago after private company Boston Chemical Data discovered what it called abnormally high levels of lead-210 — a daughter particle of the radioactive gas radon — in and around Yana.

The Hazelwood School Board is scheduled to consider the recommendation Tuesday evening at 5:30 pm.

In addition to requesting that the Corps conduct testing, the memo, authored by Christopher Norman, the county’s chief financial officer, also recommends the county require that “local, state, and federal elected officials provide financial support for any and all radioactive-related expenses.” county for pollution.

Jordin Alston, a county spokeswoman, declined to comment for the story.

“Because this will be discussed at the Board meeting on Tuesday, the County has no additional information to provide at this time,” Alston wrote.

Ashley Bernau, president of the Jana Parent and Teacher Association, praised the district’s plans to test all of its facilities for radioactive contamination.

Such plans are close to what she and Yana’s other parents have been asking for since June, when it was revealed that an army corps was seeking to infiltrate Yana’s property to test it for dangerous levels of radiation.

In mid-October, the district closed Ian Elementary School after a private company found radioactive contamination from nearby Coldwater Creek both inside the school building and in the surrounding soil.

The Hazelwood School Board has agreed to a plan beginning in late November to send nearly 400 of Jana’s students to five nearby elementary schools while they investigate Jana’s fate.

Then last week, an engineering firm hired by the Hazelwood School District proposed, “out of great care,” that the district allow it to test for radioactive waste on the Hazelwood Central High School football field. The idea came about after reports surfaced that sometime in the 1990s, land had been taken from Jana and used to level a football field.

The estimated cost of testing the soccer field alone is over $12,000. Thus, the cost of testing all the facilities in the area can be hundreds of thousands of dollars.
This story was supplemented by a quote from Ashley Bernau, president of Jana’s Parent and Teacher Association.

Writer Mike Fitzgerald can be contacted at [email protected]