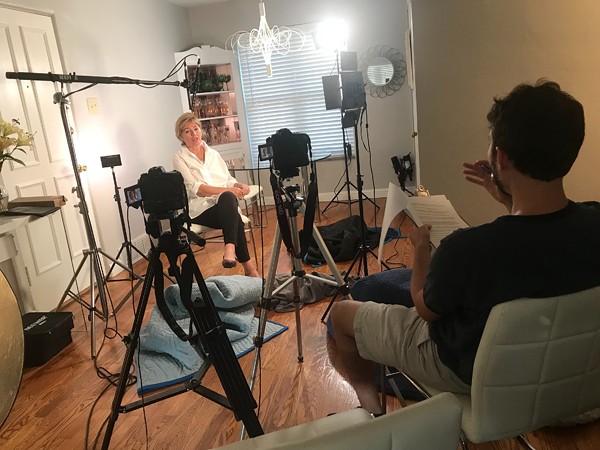 After he made a documentary about little Italy in St. Louis, Joseph Puleo kept hearing the same question. Will he write about the Bosnian community?

A native of the St. Louis area of ​​Italian descent, Puleo was aware of St. Louis’s concentrated Bosnian population but knew little about it. Everything changed after he directed and produced his award-winning documentary. America’s Last Little Italy: The Hillreleased in 2020. He and his wife moved to Afton, where most of his neighbors were Bosniaks.

The stories of the Bosnians intrigued him, so he made them the subject of his next project. documentary film Puleo New house was screened at this year’s St. Louis International Film Festival and is now streaming on Amazon Prime Video.

New Home is the latest collaboration between Puleo and executive producer Rio Vitale, author of the book St. Louis Hillwhose experience and connections to The Hill were critical to the making of the documentary.

New house brought new challenges for the duo. In the Hill documentary, “people had probably the greatest experience of their lives on camera – they were excited to talk about it,” Pouleo says.

But the story of the Bosnians moving to St. Louis was not a happy one. Interviewed in New house recall the most difficult years of their lives, when ethnic cleansing during the Bosnian war forced the Bosnians and other populations of the Balkans to leave their homes against their will. Neighbors attacked neighbors. Serbian friends whom the Bosnians had known all their lives suddenly threatened to kill them, rape and kill their women, or take their homes.

The war resulted in the displacement of 2 million Bosniaks. Many fled to Germany, which temporarily accepted refugees. As their time came to an end, the Bosnians suddenly had nowhere to go. Their houses were either destroyed or occupied. Many fled to St. Louis. The city was relatively cheap and had institutional support to receive refugees.

St. Louis currently has the second largest Bosnian population in the world, second only to Bosnia itself.

Pouleo and his team knew they were on a big task – they wanted their subjects to experience the worst experiences of their lives on camera. But Pouleo found the documentary’s plots to be fairly open to questions. They wanted to tell their stories.

“I think it was a cathartic experience for them,” Pouleo says. “It was a new situation for many: they were never asked to go on camera and be interviewed about it. They were probably trying to hide it. Maybe it was beneficial for them to go through this for our film.”

New house details the intimate and often tragic details of the Bosnians’ asylum search, but the documentary also touches on their successes. How useful they are to the St. Louis area. How they were able to turn their lives around, often with little money, and move from what was then a less-than-desirable neighborhood that was Bevo Mill in the 1990s to South St. Louis County. 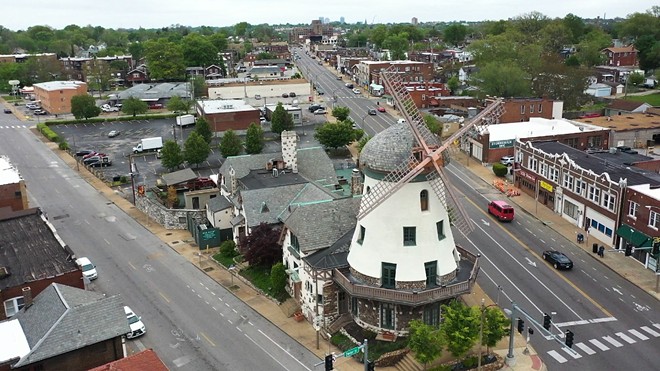 Screenshot from the new house

Most of the Bosnian refugees who fled to St. Louis in the 1990s settled in the Bevo Mill area.

The most enjoyable part of the documentary for Puleo was the response. He says he receives daily direct messages and comments from people thanking him for taking the time to tell their stories.

“I’m just happy that their story has been told,” Pouleo says. “I think they feel unheard and that gave them a voice.”

Pouleo witnessed this firsthand at a documentary screening at the St. Louis International Film Festival. According to Puleo, the theater was filled mostly with Bosniaks. Most have never seen, read, or heard their story presented in this way.

“You could hear the sobs in the theater,” Pouleo says.

The first 20 minutes of the documentary is a tough experience. Footage from the war shows soldiers marching through the streets with rifles, and Bosnians recall the short time they had to pack up and drop everything. Old newsreels show families pushing through shelling, mothers carrying children, bombs blowing up houses.

New house however, it ends on a positive note. Bosnian refugees and local experts explain the slow but steady rise of the Bosnian community and their contribution to the development of the St. Louis area.

Puleo hopes that in addition to giving Bosnian refugees the right to vote New house will explain to the natives of St. Louis the truth about the hardships of the Bosnians. According to Puleo, many in the southern cities and southern counties were under the impression that the Bosnians were successful thanks to handouts. In the 1990s, there were rumors that Bosnians received thousands of dollars from the federal government to start a new life.

No such payments existed other than a lump sum of $500 each refugee received to keep himself afloat for several weeks after arrival. In addition, most Bosnians lived off their savings and hard work, documented details.

“Hopefully people will watch the movie and appreciate their Bosnian neighbors for what they’ve been through and what they’ve been able to bring to the city of St. Louis,” Pouleo says. “If anything, I hope that’s what people come out of the movie with – a new sense of appreciation for those people.”