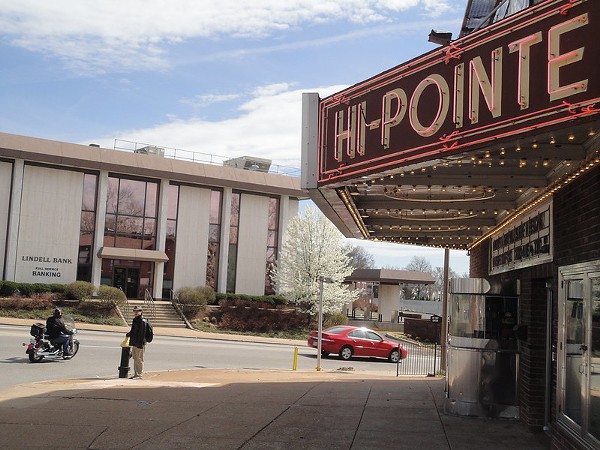 Hi-Pointe will soon have a new owner.

According to a press release, Cinema St. Louis intends to use the space to “create cinematic experiences that enrich, educate, entertain and build community.”

The acquisition of the 100-year-old theater will finally create a permanent base for an organization that has long operated outside of independent venues but has become somewhat homeless since Tivoli’s closure.

“The St. Louis Cinema is grateful for this opportunity to not only preserve the last remaining arthouse theater in St. Louis, but to finally create a permanent home for the organization and make cinema accessible to the entire St. Louis community,” said Cinema St. Louis. This is stated in a statement by the chief executive of Louis Bree Maniscalco. “CSL will host its annual film festivals, educational programs and workshops for filmmakers at the Hi-Pointe Theatre. The organization will also offer repertoire series of films throughout the year, as well as screenings of premiere films.”

Additionally, the release states that the purchase will allow Cinema St. Louis:

-Use film festivals and special events to make Hi-Pointe a unique regional destination to draw visitors to St. Louis.
-Expand access to films and filmmaking to underrepresented audiences.
– Showcase local talent and bring world famous films to St. Louis.
– Expand free educational and educational opportunities for K-12 students with filmmaking camps and screenings throughout the year.

The Hi-Pointe Theater originally opened in 1922; it is the oldest local arthouse theater still in operation in St. Louis. George and Georgia James purchased the theater in 1977 and handed over management to their daughter Diana Grayson in 2014. The upcoming sale completes more than four decades of family-run theatre.

“After 45 years of owning our beloved theater, the Hi-Pointe, we have decided it is time to end our operations,” the James family said in a statement. “We are fortunate to share this theater with three generations of our family and have the honor of helping it reach its magical age of 100. We know Cinema St Louis is the perfect continuation of our story. They share the same passion and vision and we are confident that they will continue our family legacy for the next 100 years. We thank you for your continued patronage, dedication and support over the years. We will miss all of you.”